Today I have a very special guest: Blak Rayne, my good friend and published author who, among other projects, writes romantic and homoerotic fiction influenced by the Japanese Yaoi genre. At the same time, Blak has graciously invited me for a Q&A with a book giveaway on her blog (May 23rd), which you'll find here, so we are doing an interview swap of sorts. ;-)

Blak is not only a talented and successful writer, but also a lovely, fascinating and kind person whom I'd love to meet in person one day. As she tells readers on her website, she likes men, period, and she likes hers hot and powerful, to have secrets and burn up the pages. She says: "I like to believe there's a love story out there for everyone, it's just waiting to be told." Brava, bravissima Ms Rayne, I wholeheartedly agree! 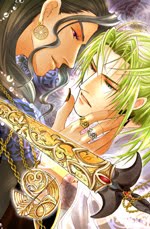 
Could you please tell us something about you?
Well, there is something new I’d like to mention. I have just started to write under another pen name within a totally different genre. For me, this is wonderful, and something I have been longing to do for many years. I can’t wait to see the results!

When did you decide on being an author?
Cliché as it sounds, early childhood, though my dream didn’t come to fruition until much later in life (isn’t that always the way).

What inspires you to write?
Anything really, my imagination constantly churns. But if I had to pick, I’d have to say music. I was raised on music (my mother’s influence) along with a passion for books (my father’s influence). I took years of piano–practical and theory, self-taught guitar, played a little drums, and also ukulele.

What is the premise of your book?
My current novel, which is nearing completion is 'The Ideal Side of Love'; a short story about a successful businessman, Stephen, who has struggled all his life in relationships until he meets Myron. After years together, Myron dies of cancer. The only way Stephen can cope is by immersing himself in work until he accidentally bumps into a stranger. I won't go any further because I don't want to spoil the story. TISOL is written in first person POV, which is very different for me, but I think it really works for the story and characters.

~***~
The Ideal Side of Love
‘Average, but extraordinary, and only twice in a lifetime.’
Stephen Prichard is a resilient and self-made man that has it all, a successful business, great husband, and a summer condo on the waterfront, until life throws a curve ball. After twelve years together, his husband Myron dies of cancer, leaving Stephen to confront a future of uncertainties alone.
Then fate lends a hand, when not one, but two chance encounters with the same stranger put his feelings to the test. First and second impressions are lasting. Stephen longs for companionship, and the stranger is attractive, however, he’s also enigmatic and cold, and the memories of Myron are still painfully fresh.
Can a man Stephen barely knows renew his faith in love? But, more importantly, is he willing to let go of the past?
http://www.blakraynebooks.com
http://www.blakrayneblog.com
~***~

What is your favorite passage in the book?
For TISOL I can’t say yet, as the book is incomplete.

Are you a plotter or a pantser?
Honestly, I’m a bit of both. If I’m writing an in depth story, I will plot, otherwise I fly by the seat of my pants. But then again…some of my better stories were written off-the-cuff. Yep, I’m a bit of both.

How do you develop your characters?
I usually start with a name. Then a simple image comes to mind–the way the character looks, dresses, and so on; as the story evolves, so do they. In other words, I may mould the character to his or her story, or circumstance. It depends. Sometimes the story dictates the character.

Which books/authors influenced you most and why?
I love to read when time permits. And, since I’ll read just about anything, there are many authors I enjoy. As far as influence goes, I can’t pick any particular one for their writing abilities because every author has a unique written voice–even I do, but I certainly can for imagination; J.R.R. Tolkien, Agatha Christie, C. S. Lewis, Morgan Llewellyn, Kazuma Kodaka, Robin Cook, Terry Brooks, R.D. Wingfield, Joseph Wambaugh, Oliver Bowden, Brent Weeks, Bram Stoker…

Which is your favorite hero and villain in a movie or TV series?
I almost always root for the villain–well those with half a conscience. You know the type–driven by a vengeful spirit, but also emotionally torn by their own sinister actions. Which are usually brought on due to an unrequited, lost or stolen love. Bram Stoker’s Dracula is my favourite. He’s a prime example of a tortured soul seeking revenge in the name of love.

Is there a contemporary author, musician or actor you particularly admire?
The only people I really admire are the authors I’ve worked with, those I have gotten to know on a personal level. Most have struggled, and I admire their determination, their achievements, and how they treat others in the industry.

Do you have any advice for aspiring writers?
First and foremost writing is all about passion–sharing your imagination with others. Be passionate about your work. The second part is honing your craft. Read what you like to write, learn from other authors this includes their triumphs and mistakes. But the most important thing, do what you feel is right. Stay true to yourself. 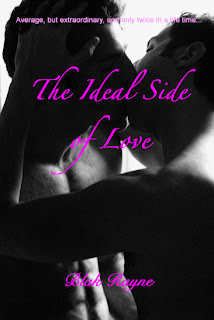 Posted by Deborah Court at 2:04 PM

"OCTOBER 16TH.--A dull and foggy day with a drizzle of rain. The house is banked in with rolling clouds, which rise now and then to show the dreary curves of the moor, with thin, silver veins upon the sides of the hills, and the distant boulders gleaming where the light strikes upon their wet faces. It is melancholy outside and in. The baronet is in a black reaction after the excitements of the night. I am conscious myself of a weight at my heart and a feeling of impending danger--ever present danger, which is the more terrible because I am unable to define it."

~ The Hound of the Baskervilles ~

Posted by Deborah Court at 4:28 PM

This week, I am featured on one of my most favorite blogs, "Bitten by Paranormal Romance", with a guest post! If you don't know this awesome blog yet - it's packed with book reviews and giveaways -, I can highly recommend it.

You'll find the original post here and a Midalah's new review of "Virgin Dancer" here. Special thanks to Laurie for inviting me again.

Before I started to write myself, I worked as an editor and translator of romance novels. It was the job of my dreams, since I've always enjoyed reading, and this gave me not only the opportunity to enjoy many books from different genres, but also enabled me to get to know how they are structured, what is elemental to a story. More importantly, I learned what readers expect from a book. A plot and interesting characters are elementary, but the real challenge for a good story is that it's supposed to take the reader into another world for the entire length of it, starting from page one.

It's all about escapism. God knows we need it nowadays, especially young people who struggle with getting a decent education and a career, or hard-working mothers who run their families like a tireless, multi-tasking robot each day. They have a job, loads of housework, take care of their children and elderly family members while they often neglect their own wishes and needs. I have learned that those women are my most faithful readers; they give me incredible, heartwarming feedback. "Thank you for helping me escape for a while," is something I often read in my readers' messages, and to me as a writer, it's the biggest compliment imaginable.

But is escapism a good or bad thing? (Naturally, escape can also be experienced through watching movies, TV shows or other forms of entertainment, but being an author, I'd like to talk about books for now.) There are people who'd argue that such avid readers prefer to live in their own worlds - or, in the case of a fiction book, in a world a writer created for them. But this world, whether it's fantastic or very close to reality, lingers on in their minds long after they finish reading; it feeds their own inner world, the childlike part of their soul that's still able to be in utter awe of a breathtaking sight, believing that whatever they are craving for can actually happen. Sometimes astonishing creativity blooms after readers lose themselves in a compelling story - there are myriads of talented fan fiction writers and artists online who got motivated by a book they particularly liked in the first place.

Now this can't possibly be a bad thing, can it? Don't have a bad conscience if you like to escape for a while. We all need to from time to time. You've earned your own private fantasy, and it will give you renewed strength to face life when you need to get out of bed in the morning. Because the world you found in a book will linger inside you, still filling you with joyous wonder and hope long after you turned the last page.