A Word or Two about Fanfiction


Fanfiction, or more commonly, "fanfic" has recently risen from the internet underground and is on everyone's lips, especially since the success of former Twilight fanfic Fifty Shades of Grey and its two sequels, which dominate the book charts in many countries as I write this.

For you people out there who don't know what fanfic is, or have never read any: According to Wikipedia, it's "a broadly-defined term for fan labor regarding stories about characters or settings written by fans of the original work, rather than by the original creator." In other words, fans use the characters, worlds and settings of their favorite TV show, movie or book to write their own fiction. If you take a look around popular sites like fanfiction.net or archiveofourown.org, you'll find fics for nearly everything, ranging from Harry Potter via Supernatural, Twilight and Sherlock to True Blood (the latter two are my favorites, I'll admit).

Since these sites are almost completely uncensored and unlimited, there are stories from countless writers, many of them even underage. For people who love to read I can only recommend giving fanfic a chance. Some of them are surprisingly well-written, while others are painfully awful. Explicit erotic sex scenes (the gay-themed ones are called "slash") are quite common, but occasionally there are hidden gems among them, much better than some published erotica. Sometimes you can't help but wonder how a 16-year-old would know about some practices they describe so vividly. But in the end, it's a wonderful thing that such talented young people spend their spare time creating stories. Maybe some of them will become famous and successful writers later on, you never know.

No matter what you do, they'll continue writing and reading it anyway. But maybe that's just their way of dealing with the chaos their hormones cause in their bodies, and this is not the worst way of coming to terms with it, don't you agree? Creativity can never be wrong, as long as you don't hurt anybody with it. Personally, I'd be very pleased if readers felt strongly enough about my books to write fanfiction. It's a great compliment for an author, and a sure sign that readers love to get completely immersed in one's fictional world. It means that you succeeded in the most important goal a writer can achieve.

Although I wrote other stuff before and have been working in the romance publishing industry for some years, fanfiction was what originally brought me the first spark of writing "Bound to the Prince". Originally, I wrote the first few chapters as a fanfic for Prince Nuada, the compelling tragic villain from the movie Hellboy - The Golden Army. But soon I felt that the character I imagined was so much more, and very different from the movie figure, and I felt like creating a fantasy universe of my own. So I kept writing, but didn't use any other characters or locations from Hellboy. At some point I renamed my prince Elathan (an old name from Celtic mythology, meaning "The Golden Warrior", which I found befitting for my hero. By the way, you don't pronounce the "t", the correct pronunciation is "Ela-han", just for those of you who read my book. ;-)).

A beautiful thing about writing fanfiction is the close relationship you have with your readers. They are people who share your passion about what you're writing, and they give you wonderful, invaluable feedback, helping you to improve constantly. I learned so much during that time. At the beginning, I felt a bit self-conscious about my own writing, but I kept posting more and more since those awesome friends asked me to - and I've kept all their precious comments until today. I encourage every aspiring writer to try fanfiction first, if you are afraid of beginning your own first novel yet. I promise it will be the best lesson in writing you'll ever have.

Piece of Glass (A vampire love story, set in the present and the Viking era)
The Dark Queen (Sequel to Piece of Glass, a vampire New Orleans murder mystery) 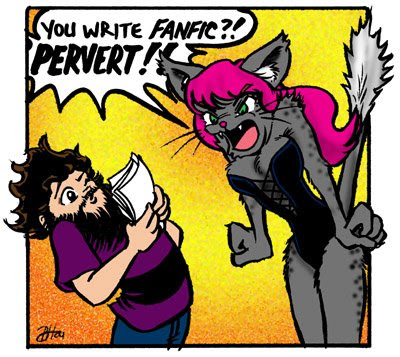 Posted by Deborah Court at 4:55 AM